Policy Network and the Barrow Cadbury Trust are running a great little series of events under the umbrella title of ‘Understanding the Populist Signal’. Last night’s was ‘Contact democracy for the hyper-connected age‘ – probably the area most closely related to my own interests.

Prof. David Farrell of University College Dublin gave the main presentation – an excellent review of both the pessimistic view of democracy (turnout down by an alarming rate in all large Western democracies – but watch those Scandi’s bucking the trend, of course) and the optimistic view (today we engage in different ways – by signing petitions, by tweeting a minister – and we hate the phrase politics, but that doesn’t mean we don’t practise it). Even on constitutional reform – which can seem to be going nowhere – Farrell argued that the UK has been a lot more successful over the last 20 years than his home country of Ireland (e.g. progress on Freedom of Information and the Human Rights Act).

END_OF_DOCUMENT_TOKEN_TO_BE_REPLACED

I spent last Saturday in the still-leafy, gloriously sun-lit campus of the University of Toronto. We crammed into Convocation Hall for the Design Our Tomorrow Conference.

Remarkably, the conference actually lived up to its billing as being basically like TED, but, well, free. Quite an extraordinary roster of speakers. Three best bits noted below.

His goal is to make stuff more visible. The stuff we use all the time, but never really see. Man’s battle with nature. He’s redefining the sublime with photographs of quarries, of giant rubbish yards, of vast open cast mines, of road systems and, perhaps most amazingly of all, of oil. The picture below is of the Gulf of Mexico following the Deepwater Horizon disaster.

Recommend leafing (?) through his website – lots to look at. This video is from an exhibition of his Oil photos.

Aza, formerly Creative Lead at Firefox, talked about his new project – making good health behaviours addictive. He talked about the standard behaviour change difficulties with healthy behaviours – most importantly, the lack of instant feedback for good behaviours (as opposed to the  glorious instant rewards of eating a doughnut, for example) – and his thoughts on how to create a feedback loop.

Their first experiment is The Eatery, a smartphone app which abandons all ideas of calorie counts and nutrition guides, insteady relying on peer feedback. With the app, you snap the food you’re eating and rate it on a scale of ‘Fat’ to ‘Fit’. Then everyone else in your network rates it too, providing instant feedback on the healthiness of that food. Call it Dieting 2.0, perhaps.

Felt a little sorry for the lady from Foursquare who had to follow this guy: the Nobel Peace Prize winner and Harvard Prof who spoke movingly on his next challenge, having already helped avert nuclear war.

As founder of the Center for Health and Global Environment, he’s trying to get us to take biodiversity seriously, given that human life depends on it. He told stories of what science might learn from pregnant polar bears (who don’t get osteroperosis despite not moving for six months), cone snails (who produce toxins we could replicate as perfect painkillers) and gastric breeding frogs (whose stomachs somehow don’t digest their children..absurd). Except we won’t learn anything from the frogs, since they’re now extinct, probably due to climate change. Dammit.

He recited Carl Sagan’s Pale Blue Dot at the end of his lecture, after which anything else seems a little futile. His book is available in handy summary form (pdf).

Mad props to the organisers. Not sure how they did it, but it was, as Canada’s #1 Adjective has it, awesome.

Sen was great. Like a mischievous imp, but in 77yr-old Harvard professor form. Lots of jokes about ties. Indeed, just lots of jokes.

And the following thoughts, which he offered simply as ‘thoughts’ on global justice, rather than any defined argument. He and the audience often referred to his most recent work: ‘The Idea of Justice‘

For reviews of the Idea of Justice, there’s a short Times article and Guardian article.

For more on Sen, he wrote a mini-autobiography for the Nobel website in 1998. The sort of humane, brilliant, witty chap you want to be when you grow up.

A quick note of Clay Shirky’s lecture on Cognitive Surplus can be found at DavePress.

This is just a point about one of Shirky’s key examples, patientslikeme, cos it’s amazing. 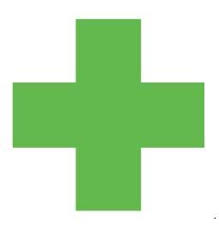 As he pointed out, it completely throws open what we assumed about medical data. And particularly mental health.
US citizens are voluntarily publishing vast amounts of data about their medical conditions. The site then aggregates the data, creating some funky charts (e.g. charts of average dosage per drug), and, it claims, revolutionising medical research, treatment and understanding for both suppliers and users.
Plenty will worry about people self-medicating; one comment says

“PatientsLikeMe is the main reason that I concluded I had been mis-diagnosed depressive, instead of bipolar, and just recently decided to try new medication.”

Presumably that would worry a lot of doctors – but it’s unstoppable. The medical profession is going to have to change…but how? Will sites like this increase the average knowledge of medicine, enable peer-to-peer practitioning, or simply indulge hypochondriacs? Will a clinician’s role be in moderating sites like these?
But for champions of transparency and open data, it’s almost a holy grail: people are volunteering what would have been considered their most private data. The strictest rules apply to its release by organisations, so patientslikeme gets the individuals to ‘open’ it. They don’t seem to have to try that hard to convince:  http://www.patientslikeme.com/about/openness

…we believe sharing your healthcare experiences and outcomes is good. Why? Because when patients share real-world data, collaboration on a global scale becomes possible…

Currently, most healthcare data is inaccessible due to privacy regulations or proprietary tactics. As a result, research is slowed, and the development of breakthrough treatments takes decades. Patients also can’t get the information they need to make important treatment decisions.

Furthermore, we believe data belongs to you the patient to share with other patients, caregivers, physicians, researchers, pharmaceutical and medical device companies, and anyone else that can help make patients’ lives better. Will you add to our collective knowledge… and help change the course of healthcare?

Never mind an online encyclopaedia. Collaborative healthcare is coming to a laptop near you.

"Ladies and gentlemen, for those of you going to the poverty lecture, the Old Theatre is completely full up. Please follow the signs to the new theatre for a videolink."

There are superstar academics. And then there's Bill Easterly. He's scruffy, he trips over long words. But he's very witty. And he's in his element with an audience of LSE development students, nervous charity workers and academics, mostly keen to hear him take on traditional aid narratives. I'd call him anti-establishment, but everybody knows he speaks several truths.

A quick round up:

1. We don't know how to end global poverty actually translates as 'we don't know what creates economic growth'. All the answers of the 60s (go plan!), 80s (loose all your price controls! Let free markets ring!), 90s (erm, it's a sort of mish-mash, long live Good Governance!), 00s (security!): none of them have been proven to generate growth. The data from sub-Saharan Africa is often seriously flawed anyway.

1a. And who's the 'we' – rich Western people? So even if we knew how, we'd have to impose it in an authoritarian manner.

2. So stop prescribing things. Benevolent dictators are not cool. It's a fluke! There's no evidence that planning works.

3. But it is okay to take a normative approach and say that our Western liberal way is the right way. Jefferson just stated his values, he didn't run 4m regression analyses to come with them. And there is a bit of evidence that suggests that respect for individual rights and the rule of law leads to growth. And check out America, we did okay for ourselves.

So he writes off prescriptive approaches, then prescribes something. It's as though he comes, blinking, out of the economists' cave where they try to model everything, into the real world, but then dives back in.

Perhaps this is revolutionary for a development economist, but it's pretty obvious to most people. Not all developmenty people are economists. They haven't all argued that growth is the holy grail. NGOs lined up to decry the IMF's structural adjustment plans, which weren't great. The anthropologists, sociologists, even lawyers, scientists and political policy people, recognise that localism is key. Context is king. The efforts of the academic economists to find the key to growth are like alchemy. But he's right that a lot of global financial institution money tends to chase fads.

And i'm pretty sure that there are some universals: like security.  If a gunman is going to steal your earnings, it'll make development difficult. Not sure your average Somalian benefits from an absence of outside engagement.
The data thing – if we can't get accurate economic data, can't we run clever sampling surveys of quality of life?

The general gist of his argument takes me back to that question you get into when you're really deep in Development Studies – is an increase in wealth something we should actually aim for? Is development a good thing? Are '[insert name of poor community]' people actually happy with their lot? (the old poverty-glamour fun)…the point is: it doesn't matter. It's not 'our' place to say. It's for every economically poor individual to decide. And guess what most of the global poor would say…